[vc_row type=”in_container” scene_position=”center” text_color=”dark” text_align=”left” overlay_strength=”0.3″][vc_column column_padding=”no-extra-padding” column_padding_position=”all” background_color_opacity=”1″ background_hover_color_opacity=”1″ width=”1/1″][vc_column_text]An unprecedented Metropolitan Museum artist residency, The Met Reframed is a year-long multilayered artistic partnership. It launches in the 2012-13 season with Paul D. Miller aka DJ Spooky That Subliminal Kid, a composer, multimedia artist, writer, and DJ. His recorded output includes remixes of music ranging from Wu-Tang Clan, Metallica, and Bob Marley to classical/new music legends Steve Reich and the Kronos Quartet, and he has DJ’ed major festivals including Bonnaroo and Power to the Peaceful. His work as a media artist has been featured at the Whitney Biennial, Venice Biennial, and Miami/Art Basel; and his first collection of essays, Rhythm Science, was released by MIT Press in 2004, followed by Sound Unbound, an anthology of writings on electronic music and digital media (MIT Press, 2008).

“Through engagement with our collection, living artists can animate gallery spaces, shed new light on the collection, and poetically transfer the power of artwork poetically to visitors,” said Limor Tomer. “Paul Miller is an omnivorous and articulate artist who connects deeply and emotionally with diverse audiences and can engage with many different types of communities. In many ways he is the ideal performer to inaugurate this program: his capacity for experimentation is very high, and his collaborative spirit supports collective ‘open source’ program design.”

During the year-long residency, from October 2012 through June 2013, Paul D. Miller will work with the Museum’s Education Department on events including workshops for teachers and gallery discussions for students and the public. He will also present five performance events:

Madame Freedom – Film screening with live performance of an original score
Friday, October 26, 2012, at 7:00 p.m. in the Grace Rainey Rogers Auditorium
Conversation with Soyoung Lee: Wednesday, October 24, 2012, at 6:00 p.m. in the Bonnie J. Sacerdote Lecture Hall
In 2007, Paul D. Miller was commissioned by Art Center Nabi in Seoul, Korea, and the Korean American Film Festival in New York to re-score this classic 1956 film. As he explains, “In the 1950s, Korea went through a drastic modernization process. After the Korean War ended, South Korea was firmly embedded in a Western cultural sphere, families were put into radically unexpected contexts, and the rise of independent women changed the face of society. The film was viewed as a metaphor of the harmful westernization of all traditions in postwar Korea….”

Miller’s score for string quartet evokes jazz nightclubs of the 21st century, and his use of electronic music enhances the dynamic tensions in the story and foregrounds the visual rhythm of the film’s editing. www.djspooky.com/art1/film_madame_freedom.php
In a related event, Miller will talk with Soyoung Lee, Associate Curator in the Met’s Asian Art Department, about his score for the film. This event is supported by The Giorgio S. Sacerdote Fund.

The Nauru Elegies – A live performance/multimedia event
Friday, January 18, 2013, at 7:00 p.m. in the Grace Rainey Rogers Auditorium
Paul D. Miller: “The Republic of Nauru is a small island in the South Pacific Ocean. It was, by consensus of several ‘Great Powers,’ used as a raw resource until there was literally nothing left. Nauru has been mined throughout the last two centuries for its phosphate deposits, which occupied 90% of the island. A small territory with no [other] exploitable resources, Nauru in the 1990s turned to off-shore financing and the creation of ‘virtual banks’ as a way of earning sorely needed foreign currency. The Nauru Elegies posits that Nauru reflects many of the issues facing our contemporary information economy.
“The music component of The Nauru Elegies reflects colonial and postcolonial issues facing the digital economy of the 21st century translated into a string quartet, while the literary and multimedia component of the project spatializes and formalizes otherwise invisible economic flows and irreversible ecological devastation.
“The Nauru Elegies is a technical synthesis of a live string ensemble, projected high-definition video footage, digital animation and live internet feed of GPS coordinates of specific aspects of the island and its physical and financial infrastructure. It is an orchestration of content retrieved and processed in multiple localities including research in New York City and documentation in Nauru. The Elegies are a statement of technology and media processes in the 21st century that is exponentially progressing to a more dematerialized and delocalized state.”
www.djspooky.com/nauruelegies/

World Premiere of New Work Relating to Photography and the American Civil War exhibition
Friday, May 10, 2013, at 7:00 p.m. in Grace Rainey Rogers Auditorium
Working in tandem with Jeff L. Rosenheim, the Curator in Museum’s Department of Photographs, Paul D. Miller creates a music-video piece for string ensemble with live-mixed electronic music and video, using images from the exhibition Photography and the American Civil War, on view April 2–September 2, 2013.

Audience Participation Event Using DJ Spooky’s iPhone/iPad App
Friday, June 21, 2013, at 9:30 p.m. in the Great Hall
Paul D. Miller invites the audience to bring their iPhones and iPads and collectively mix a soundtrack for a listening party, using his iPhone/iPad app, in the Museum’s Great Hall. This app already has been downloaded by more than 250,000 users.[/vc_column_text][/vc_column][/vc_row] 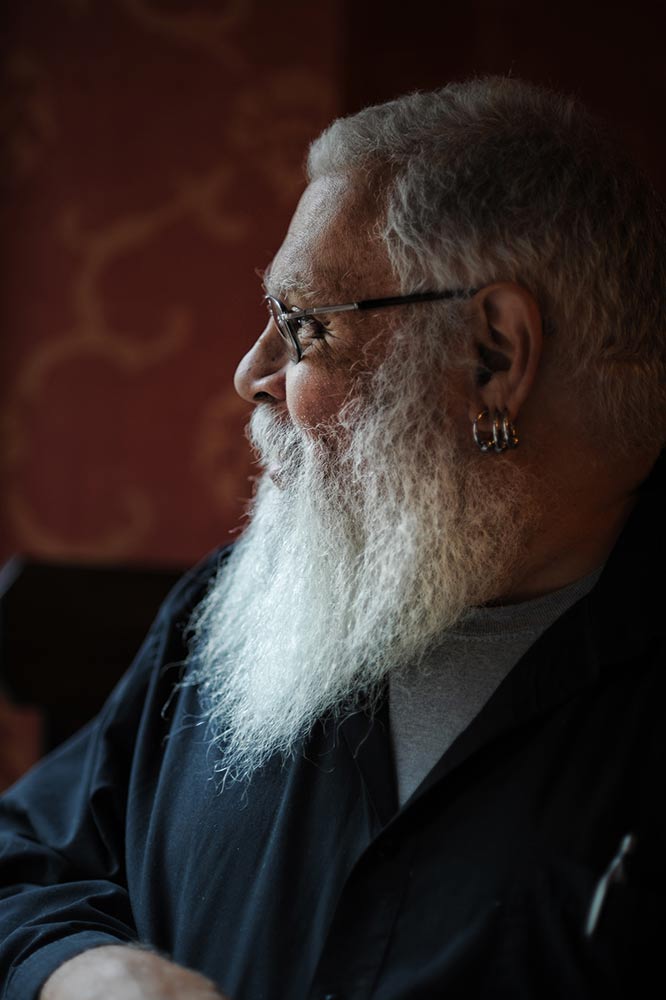